Keyts      Oct 26
|
10:30 PM
2
7
Keyts
VIXX Ken and his mother appeared on the October 26th Episode of "Real Life Men and Women 2" where they had an honest talk about marriage.The two of them were having dinner when Ken asked his mother, "What do you think about me getting married later (in life)?" which made his mother flustered and she inquired, "Don't you have any thoughts on marriage right now?" to which Ken replied with, "No, not even one."
That genuinely surprised his mother and she asked, "Are you a bachelor right now?" to which Ken answered, "Yes, I'm single." His mother sighed at that confession but made the studio erupt in laghter when she wittily replied "Then are you going to appear on "My Ugly Duckling" next time?"(In case you've never watched it: "My Ugly Duckling" is a program about celebrity bachelors over the age of 40 and their mothers.)If you want to see more hilarious and touching interactions between Ken and his mother make sure to check out the full episode on MBN's Official V-App Channel! 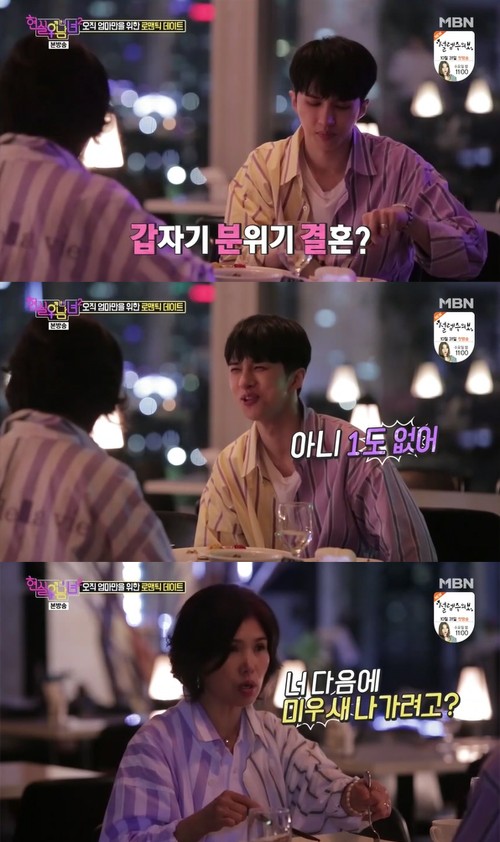