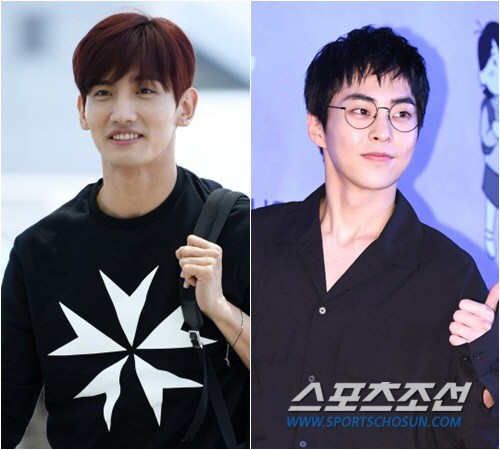 TVXQ's Changmin and EXO's Xiumin To Guest On MBC's "I Live Alone" and travel to Jeju Island as part of a special episode."TVXQ's Changmin and EXO's Xiumin will guest again on 'I Live Alone' and share their single lives. The close friends will go on vacation and a tour of Jeju Island," a source from the broadcasting company said on Wednesday. The two have appeared on the show before, where they showed their strong bond and admiration for each other. "I joined SM Entertainment because of Dong Bang Shin Gi," said Xiumin. "He is my favorite senior. When I first met him after joining the company, I was in awe of him. He was like a god to me."Changmin said, "EXO are a group that have commanded the world's attention. I am proud to say that we were the ones who inspired them. Thank you for becoming my junior friend.""I Live Alone" is a documentary-style entertainment program that shows the daily lives of celebrities who live alone, reflecting the increasing number of single men and single families in Korea. It airs every Friday at 11 p.m.Source: 1