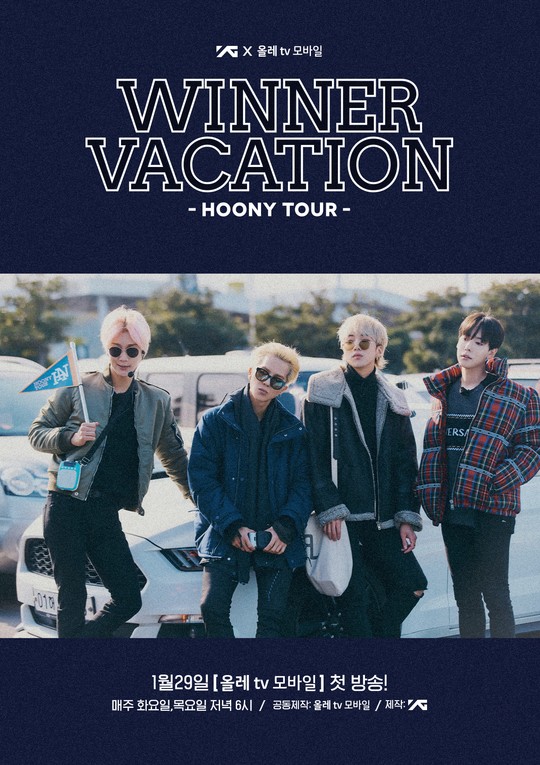 The group WINNER will unveil an all out travel reality show "WINNER Vacation: Hoony Tour"On January 22nd, YG Entertainment revealed WINNER will be travelling to Jeju Island for a new travel reality show "WINNER Vacation: Hoony Tour."The show will air every Tuesday and Thursday at 6:00 p.m. KST and will consist of eight episodes. All videos will be released exclusively on the Olle TV mobile app and can be viewed free of charge by anyone regardless of the carrier. It will premiere on January 29th.Lee Seunghoon will transform into a guide for the show and will take the group to famous sites and local eateries.Additionally, they will do missions on the show. One who completes a mission first receives a badge and a prize will be given to the member who receives the most number of badges at the end of the show.Watch the video teaser below:
Most recently, WINNER released "MILLIONS" in December and have been doing promotions on music shows, radio programs, and entertainment programs. They have also won multiple music show trophies.At the moment, the group is touring North America as part of their EVERYWHERE World Tour.Source: [1]

DirtyAhjumma   11 months ago
This is a nice way to give them a vacation AND still promote them.

Lol. I'm glad they get to have some fun after their concert tour + Millions comeback.
1
11 months ago