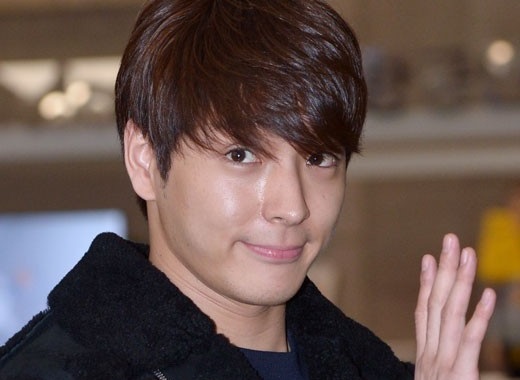 F.T. Island's Choi Jonghoon has been announced to leave his group and the entertainment industry.On March 14th, his agency FNC Entertainment announced his departure from F.T. Island and the entertainment industry alltogether.The official statement reads:"It has been decided today that Choi Jonghoon, who has brought criticisms with his involvement in recent events, will be departing from F.T. Island. Based on our relationship of mutual trust, we checked with him about the events of the controversy before issuing statements. We extend our deepest apologies for issuing inaccurate statements during this process."There are more suspicions that he says he does not remember, so he will cooperate with the police investigations. Choi Jonghoon has decided to leave the group for good and retire from the entertainment industry."We feel responsible for these issues and we will cooperate with the police investigations so the truth may come out."Choi Jonghoon extends his apologies to those hurt by his inappropriate words and actions. He is also deeply reflecting on the disappointments he brought to his fans and his group members. We also apologize for our inattentive managing and not teaching our artists proper conduct."Choi Jonghoon will no end his celebrity life and lead a normal life while reflecting on his actions. As we are also responsible for his words, we will lead Choi Jonghoon in leading a proper, upright life as a member of society."We once again promise to be more attentive and strict in our management and education of our artists. We apologize."Pic source: TV Report.Source: [1]