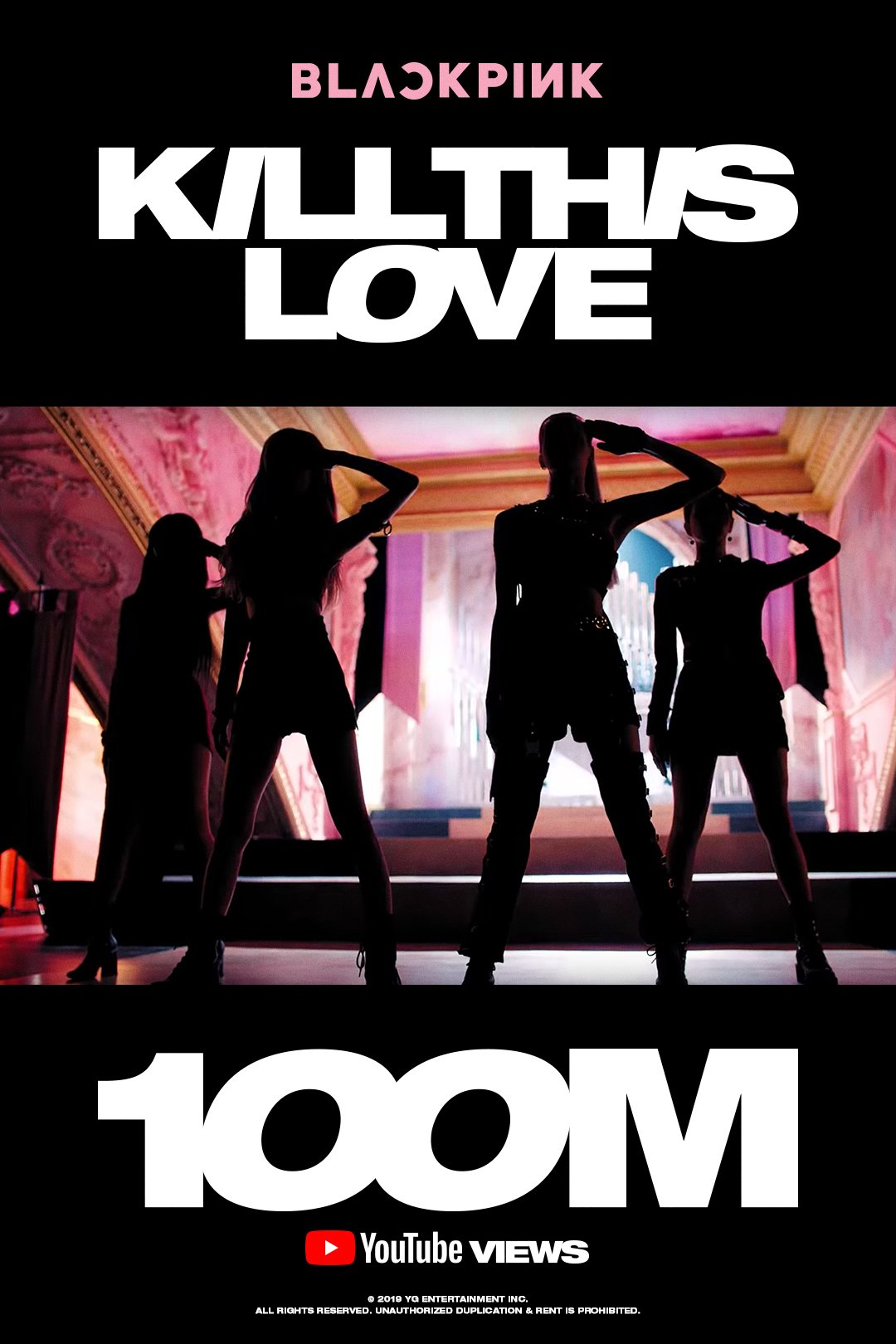 ​​​​​BLACKPINK's "Kill This Love" Music Video has surpassed 100 Million views !In just 2 days and 14 hours since it was released on midnight April 5, the music video reached the milestone on April 7 at 2.15 p.m. KST.

“Kill This Love” becomes the fastest Korean group music video to reach 100 Million Views to date, beating the previous record held by PSY "GENTLEMAN" who set 2 days, 19 hours to hit this milestone. BLACKPINK's "Kill This Love" is their seventh music video who surpassed 100 Million views after "DDU-DU DDU-DU" , “BOOMBAYAH" , “Whistle" , “Playing with Fire" , “As If It's Your Last” and “Stay.”Congratulations to BLACKPINK with their amazing achievement.Let's give the music video another watch below :