nayeoni      Apr 23
|
11:56 AM
19
nayeoni
Dispatch contacted Inkigayo asking for the standard of the ranking."Inkigayo" is a weekly music show held every Sunday.Dispatch noticed that BTS's "Boy With Luv" was missing in the chart for the third week of April, even though the album was released on April 12, so they contacted Inkigayo asking about the standards that they follow to deem that a song is eligible to chart. Dispatch explained that BLACKPINK and BTS both released the album on the same day (Friday), but even though BLACKPINK's song was included in the ranking, BTS's wasn't. Dispatch called them on April 22nd asking for the standard.D: How is the Inkigayo chart calculated?
SBS Inkigayo: Digital single sales (55%), SNS (30%), album sales (10%), advance viewer votes (5%), On-Air (10%)D: BTS wasn't included in the chart for the third week of April.
S: BTS wasn't counted for the third week of April. It will be reflected starting from next week.(The chart for the third week of April is based on the data from April 8 to 15. BTS released their new album on April 12, but weren't included)D: What parts weren't enough?
S: The criteria for each music show is different. It is hard to explain in detail the standards.(BTS ranked first in Music Bank on April 19 and Music Core on April 20)D: The criteria is ambiguous.
S: There were parts that didn't meet the timing and conditions to count for the chart. BTS's charting may be unreasonable to other teams.D: Isn't BTS getting unreasonable treatment? [Dispatch explained that BTS and BLACKPINK released the album on the same day, but BTS was not included]
S: The scoring formula is complicated. As for BTS, part of the criteria was not met. Other singers entered the chart because it met the conditions.D: The only difference between the two groups was the released time.
S: There are several criteria in the counting period. It isn't only because of the time difference. Parts didn't meet the conditions at the time of ranking. We decided it would be more appropriate to reflect them next week rather than this week. 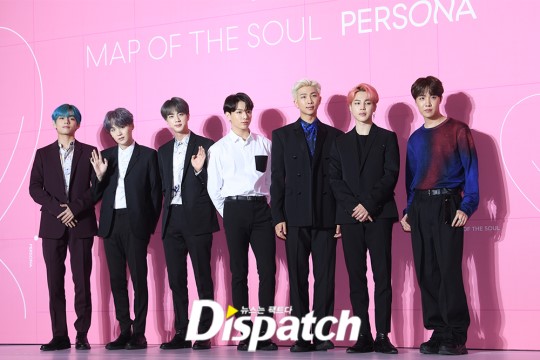