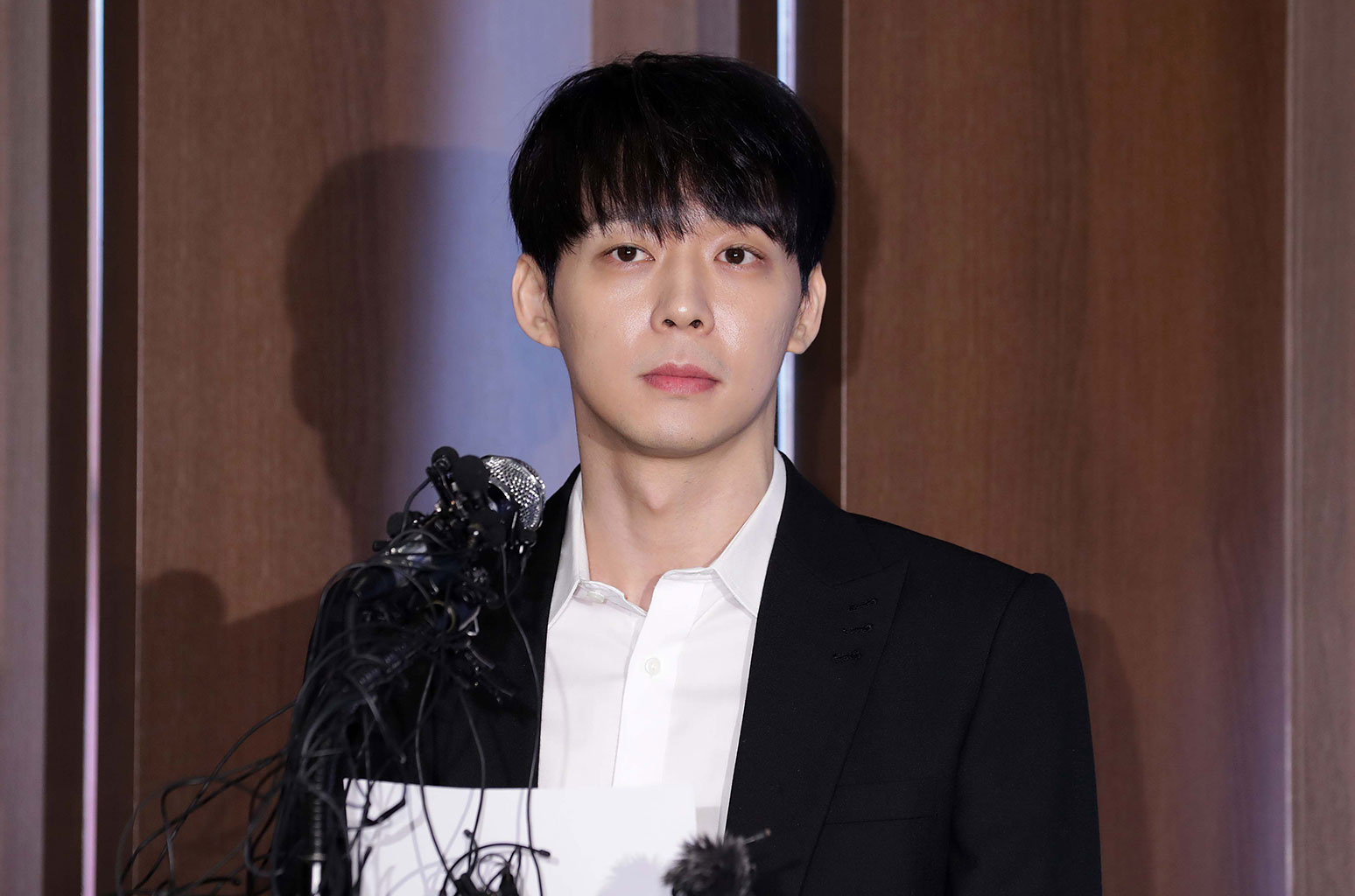 On April 26, the Suwon District Court issued a warrant for Park Yoochun's arrest and stated, “The necessity for [Park Yoochun's] arrest and its significance are recognized as there are concerns of [Park Yoochun] destroying evidence or fleeing.”
Previously on April 23, the Narcotics Unit of the Gyeonggi Nambu Provincial Police Agency requested a pretrial detention warrant based on Park Yoochun's drug test results, which returned positive as Philopon was detected in his leg hair. Court questioning to determine the validity of the warrant took place today.Park Yoochun is under suspicion of purchasing 1.5 grams of Philopon with his former girlfriend Hwang Ha Na on three occasions between February and March of 2019 and injecting the drugs five times. He previously stated at a press conference that he has never used drugs.In regards to allegations of him purchasing drugs for Hwang Ha Na, Park Yoochun stated that he had wired the money only at Hwang Ha Na's request. He denied knowing at the time that it was a drug transaction.
Meanwhile, C-JeS Entertainment announced Park Yoochun's retirement and their decision to part ways with him on April 24. Park Yoochun's lawyer issued an official on April 25 to deny that he took Philopon.