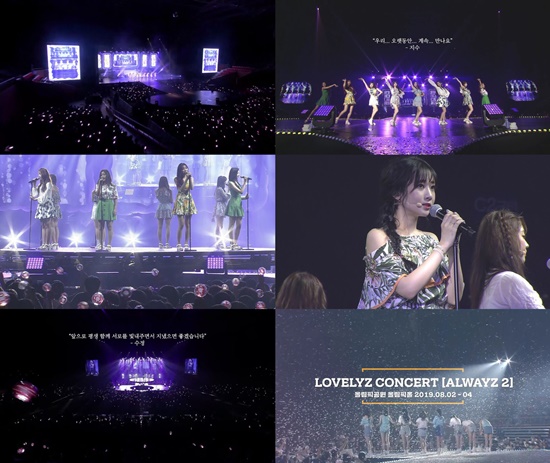 Lovelyz has confirmed that they will host the summer concert "Alwayz 2".At midnight on June 10, Lovelyz's agency, Woollim Entertainment, released a teaser video for "Lovelyz 2019 Concert Alwayz 2" on its official SNS.The released video contains messages that Lovelyz members sent to fans during their first performance of "Alwayz" at the Olympic Hall in 2017.Also, the end of the video is expected to receive enthusiastic response from fans as they announce that they will hold another concert at the Olympic Hall for a total of three days from August 2 to 4.Meanwhile, Lovelyz is actively promoting with the title track "Beautiful Days" from the sixth mini album "Once Upon A Time".©girlgroupzone