News Han Seo Hee revealed to be "A" in the controversial conversation with iKON's B.I 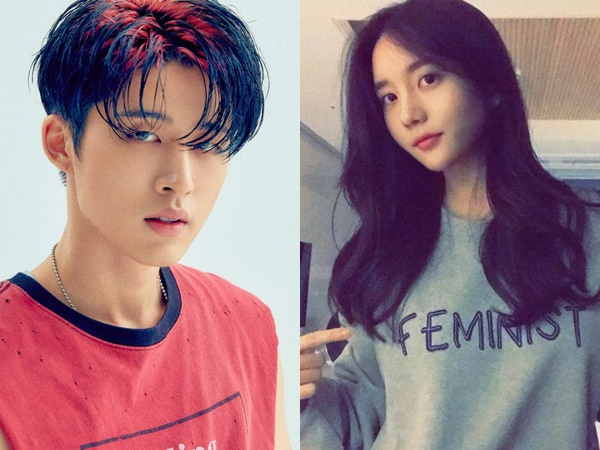 It has been revealed that Han Seo Hee is "A" in the controversial KakaoTalk conversation that lead to B.I's departure from iKON. Han Seo Hee is a former YG Entertainment trainee notorious for her alleged drug involvements with Bigbang's Top.A transcript of their conversation follows:BI: ㅋㅋㅋ I want to do it (LSD) forever, is it strong?
A: L is a tier one drug in our country
BI: Not that ㅋㅋㅋ I mean how strong is it
A: I'm telling you the drug itself is strong ㅡㅡ
BI: Can you get me as much as I want?
A: Sure
BI: Should I get three? I do have to save my money. Do you get a discount if you get it?
A: No, don't do it. Once you try L, pot will seem like a joke. That's how you go all the way to cocaine. You'll be in big trouble then.
BI: ㅋㅋㅋ I won't, I want it to become a genius
A: You'll end up like OOO ㅋㅋ
BI: I'm going to stick to one forever. I honestly want to do X every day but X is so expensive. Anyway, does L have that effect? Where you hallucinate and stuff?BI: Should I buy a bunch at once? ㅋㅋ Maybe about 10?
A: Are you too lazy to buy it again?
BI: Yup ㅋㅋ that and I just want to keep around a million won worth on me
A: You're possessive about the weirdest things
BI: Fck. It's a dilemma... whether to buy 10 or a million won worth.
A: A million wons worth is about 6, and 10 would cost about 150
BI: That's so expensive ㅋㅋㅋ there's no discount for bulk orders?
A: I can ask ㅋㅋ I'm telling you to buy a little bit because it's your first time
BI: ㅋㅋ Hey, a real man should start strong on his first try. Anyway, ask if there's a discount for bulk orders.
A: I will.A: Hey, don't talk about drugs with anyone else
BI: ㅋㅋ I'm asking you because I've tried it with you
A: I'll get beat by Yang CEO so be careful ㅋㅋ
BI: Can you get it right away?
A: Seriously, watch your mouth though
BI: I won't get caught if I watch my mouth, don't you have to get a spine exam?
A: Do you think they won't check your phone? ㅋ They check all your Katalks ㅋㅋ
BI: I know, it's damn dangerous for me right now so delete this for now
A: ㅋㅋㅋㅋ
BI: I'm a coward so delete it, fck ㅋㅋ I'm in Macao. I'll be in Korea on Saturday and I want to buy a few from you.(source: netizenbuzz)