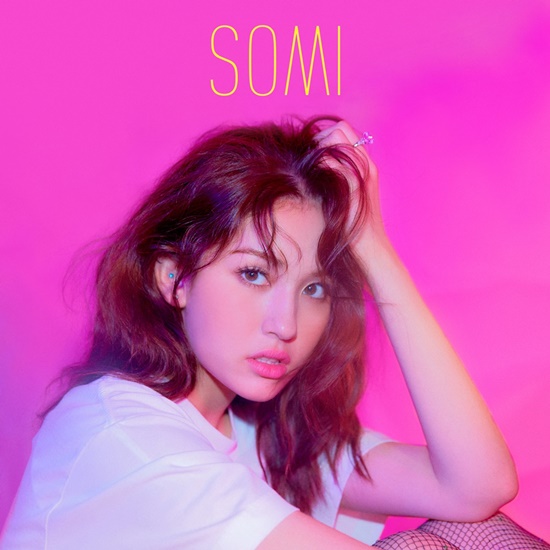 Somi took the top spot in the music charts.Somi's first solo single "BIRTHDAY," which was released yesterday, topped the Bugs and Soribada real-time charts as of 9 AM KST.In addition, in other major music charts such as Mnet No. 2, Genie and Olleh No. 3 and Melon No. 7, "BIRTHDAY" is settling for the top spot and aiming to climb to the top.In particular, the music video for "BIRTHDAY" is proving Somi's power by surpassing 4 million views on YouTube and already reaching 5 million views.Somi is scheduled to unveil the first stage of her title track "BIRTHDAY" on MBC's 'Music Core' air on June 15.©girlgroupzone