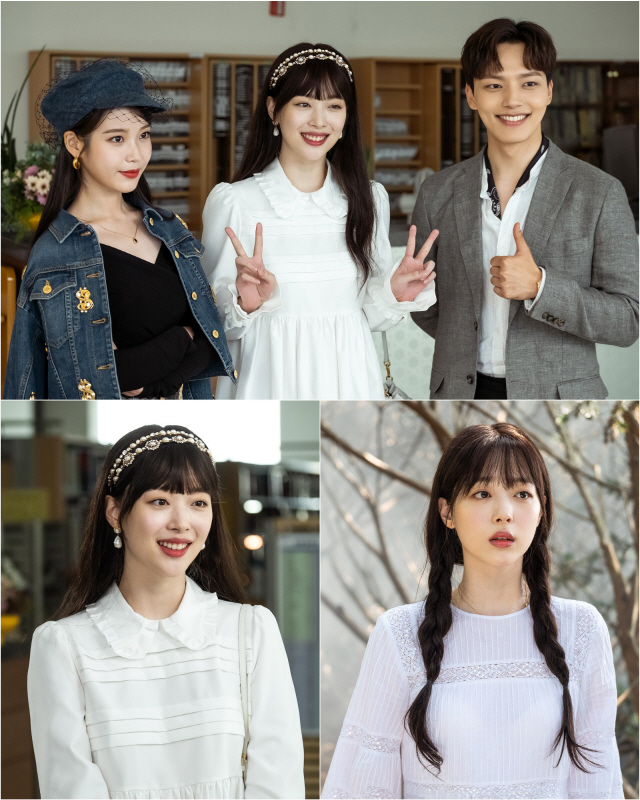 Sulli will make a special appearance on tvN's "Hotel Del Luna" tonight.Sulli's still cut, which contains the mysterious atmosphere, and the three people who are even smiling at each other are paying attention.It is said that the filming site was a pleasant scene from time to time. This is the reason why viewers are curious and excited about the main broadcast.As for Sulli's special appearance in "Hotel Del Luna," which surprised everyone and made them wait for the 10th episode, the production team said, "Sulli, who was contacted by Lee Jieun (IU), accepted the offer."Meanwhile, "Hotel Del Luna" episode 10 with Sulli as a cameo will be broadcast tonight (Aug 11) at 9PM KST.