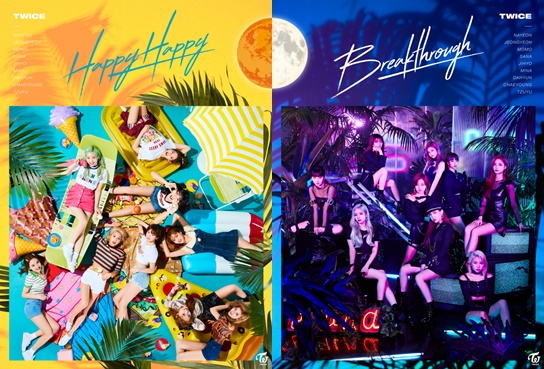 TWICE has been certified platinum simultaneously with its fourth and fifth Japanese singles.TWICE's fourth single, "HAPPY HAPPY," released on July 17, and its fifth single, "Breakthrough," released on July 24, earned platinum record certification from the Recording Association of Japan on the 9th.TWICE has been enjoying popularity as it offered a promotion called "The Singles Announcement for Two consecutive weeks" was an unusual move for foreign artists.In addition, on the Weekly Song Top 100 chart by Line Music, the two albums' title tracks "HAPPY HAPPY" and "Breakthrough" topped the list as of July 17-23, and July 24-30, respectively.Congratulations TWICE!