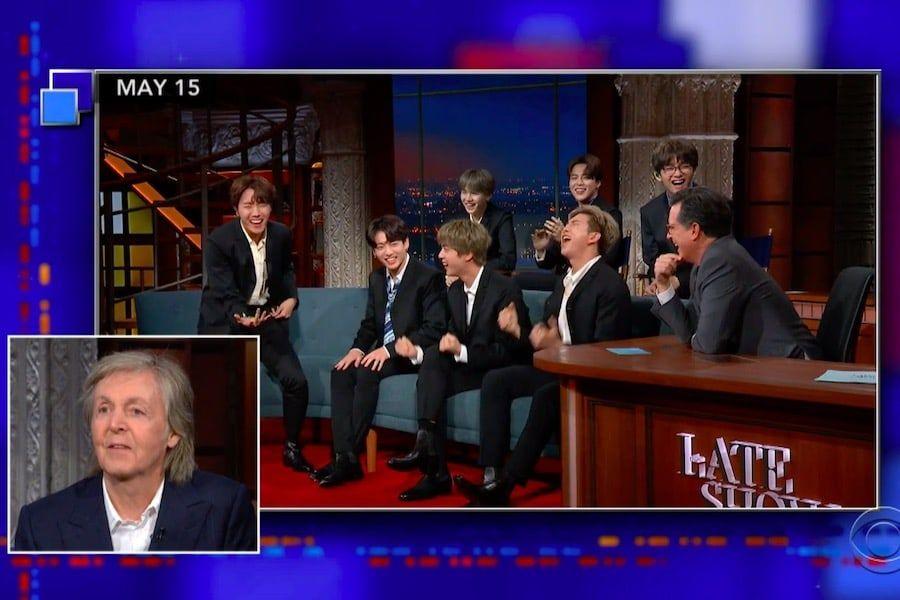 Stephen Colbert played a clip of BTS singing the Beatles's “Hey Jude” for legendary Beatles member Sir Paul McCartney himself!When BTS appeared on “The Late Show with Stephen Colbert” back in May of this year, the group did an impressive Beatles-inspired performance of their hit “Boy with Luv”.The show highlighted how the global excitement about the group is similar to the famous “Beatlemania” of fan frenzy surrounding the Beatles back in the 1960s.During their interview, Stephen Colbert asked them if they have favorite Beatles songs, and member J-Hope led his fellow members in a rousing rendition of the chorus to “Hey Jude.”When Stephen Colbert sat down with Paul McCartney in the latest episode of his talk show, he showed the video to Paul McCartney, who clapped after he watched them sing.“What do you think it is about your music that transcends geographic and language barriers so that those seven guys would just jump up and start the ‘na na na's?” asked Stephen Colbert.“Easy lyrics?” joked Paul McCartney.Watch his reaction below starting at 8:14!