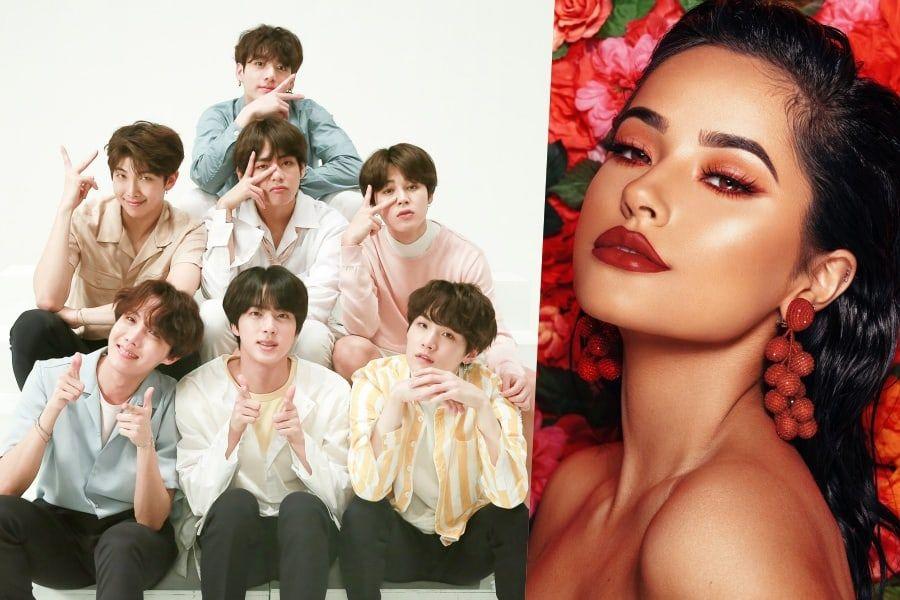 A few minutes later, BTS's Twitter account posted a reply saying, “Hey Becky G, I have a secret, too.”

Soon after, Becky G retweeted the post with several secretive emojis and a hashtag #CNS.

Back in June of this year, Becky G hinted at a collaboration with BTS at an interview with iHeartRadio's 103.5 KTU, but she did not reveal any details.Fans had been speculating about a collaboration between Becky G and J-Hope ever since he traveled to Los Angeles, United States for an overseas promotion event in August.When Becky G posted a clip of Korean snacks the day after J-Hope arrived in Los Angeles, fans believed this to mean that the two had met up and were preparing for a collaboration.BTS and Becky G also recently followed each other on Twitter.While the speculations of a collaboration have not been officially confirmed, the Twitter interaction suggests that something is in the works between the two artists.