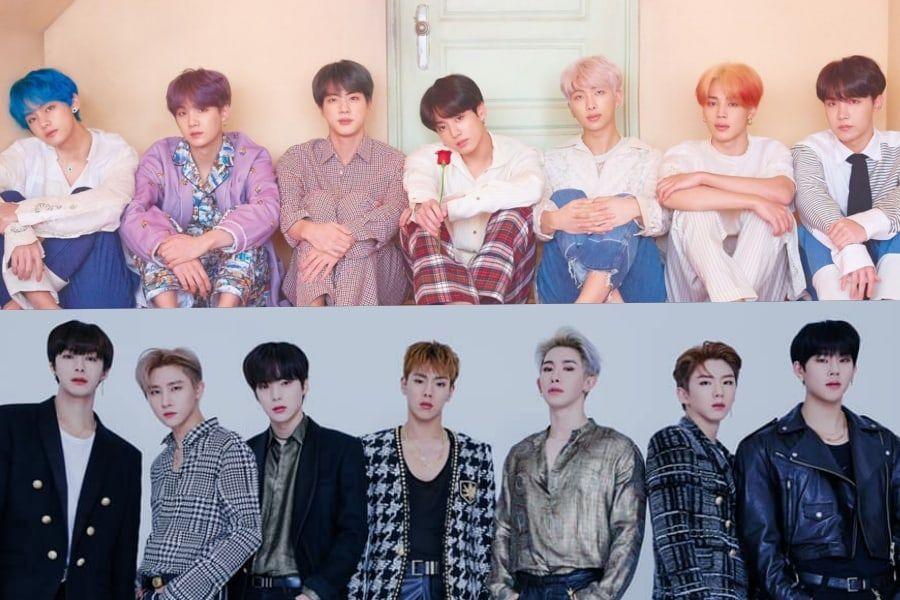 BTS and MONSTA X will be performing at stops on the iHeartRadio Jingle Ball tour!BTS will perform at the event on December 6th at The Forum in Inglewood, California (near Los Angeles).The lineup also includes Katy Perry, Billie Eilish, Sam Smith, Camila Cabello, Halsey, French Montana, Lizzo, and Normani.While it was previously reported that the group may be performing at the Jingle Ball this year, it was not confirmed.

MONSTA X will be returning to the Jingle Ball after performing on the tour in 2018.They'll perform at the Minneapolis stop this year on December 9 at the Xcel Energy Center, in Philadelphia at the Wells Fargo Center on December 11th, and in New York at Madison Square Garden on December 13th.The lineup for the Minneapolis event also includes Katy Perry, Camila Cabello, 5SOS, Why Don't We, and Lauv.The Philadelphia show will feature artists including Halsey, 5SOS, Niall Horan, Lizzo, Why Don't We, and Lewis Capaldi.The New York event will also include performances by Taylor Swift, the Jonas Brothers, Camila Cabello, Halsey, 5SOS, Niall Horan, Lizzo, Dan + Shay, Lewis Capaldi, and Fletcher.