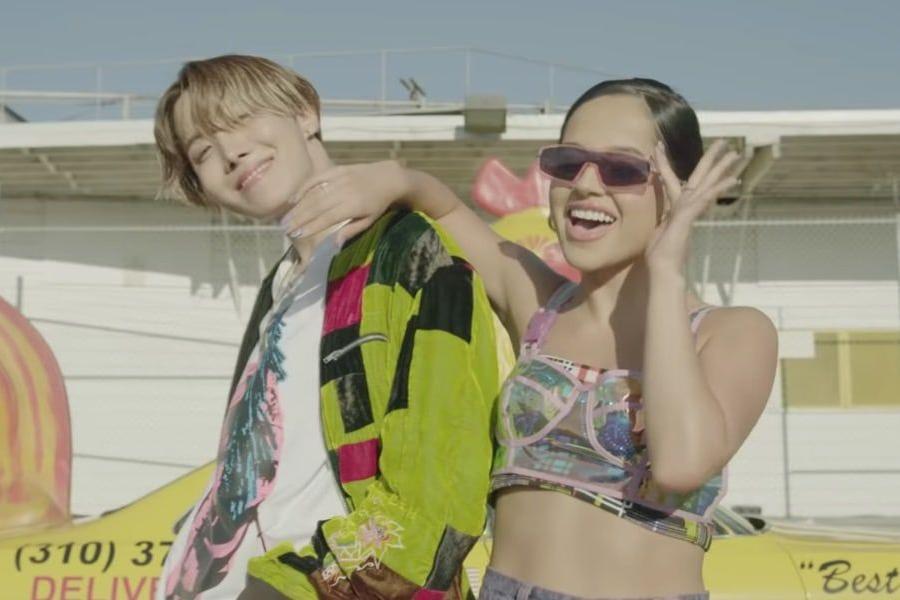 “Chicken Noodle Soup,” the new track by BTS's J-Hope featuring American singer Becky G has taken over iTunes Top Songs charts around the world!The song was released on September 27th and as of 8 a.m. KST on September 28, “Chicken Noodle Soup” has topped the iTunes Top Songs charts in 69 countries such as the U.S., Canada, France, Russia, Turkey, India, Saudi Arabia, Brazil, and Mexico.Not only this, but the song and music video were trending worldwide on Twitter and on YouTube soon after the release.
Becky G celebrated the amazing achievement with a post on her personal Instagram account.

J-Hope showed affection for the song in a V Live broadcast right after the release and said, “I released this song because I wanted to show my unique color. I came up with ideas for the music video, outfits, hair, accessories, and cover art.”The song uses an adaptation of the chorus of “Chicken Noodle Soup” by Webstar and Young B, a song that J-Hope came to know when he first began to dance, and he has reinterpreted the song with his own style.Congratulations to J-Hope and Becky G!