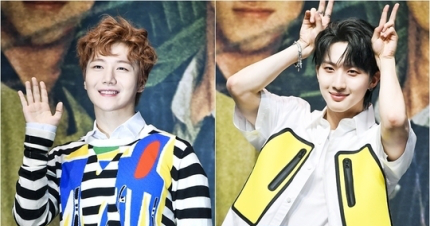 Pic source: NewsenPENTAGON members Jinho and Hui are planning to be active as special DJs for MBC Radio's "Idol Radio."MBC Radio's side announced the cast through its official SNS in the afternoon of September 29.According to the announcement, Jinho and Hui will appear as special DJs for a total of four days on October 1st, 3rd, 4th, and 5th.The fixed DJ of "Idol Radio," BTOB member Jung Ilhoon, is scheduled to drop out after the show's broadcast on September 30th. Jung Ilhoon personally delivered the news of his departure on the 23rd through "Idol Radio."BTOB's agency Cube Entertainment told Newsen, "Jung Ilhoon has decided to depart from 'Idol Radio' at the show's end this month."Jung Ilhoon's final broadcast on September 30th will have as guests BTOB members Lim Hyunsik & Peniel, SF9 member Hwiyoung, and The Boyz member Younghoon.Source: [1]