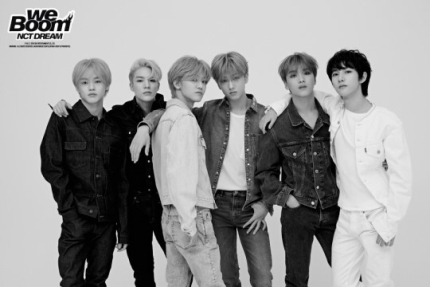 NCT Dream will meet fans through a solo concert in November.According to a report by SpoTV News, NCT Dream will hold a solo concert at Jangchung Arena for two days on November 16 and 17.NCT Dream will meet fans with a solo performance for the first time since the "NCT Dream Show" held about a year ago in September in the SM Town Coex Artium, Seoul. Expectations are growing as the members are known to be preparing a perfect concert with everything from singing, performance, visual, and talking.NCT Dream is NCT's teenage unit and is loved both domestically and abroad for expressing the growth and change of teenagers with their sophisticated image and distinctive performances and music. Their songs include "Chewing Gum," "My First & Last," "We Young," "Go," "We Go Up," and "Boom." The group, who recently released their new album "We Boom" in July and reached the peak of the K-Pop scene with title track "Boom," will one more again showcase their "Teen Representative Icon" status with a solo concert.Last year, NCT Dream was the only Asian artist included in Billboard's "21 Under 21 2019: Music's Next Generation" list. NCT Dream was the first Asian singer to make a name for itself on the list for the second consecutive year, proving once again the true value of the "Next Generation K-Pop Leader."Source: [1]