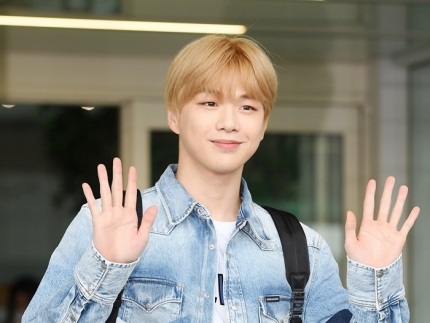 Pic source: Daily EconomyTrendy star Kang Daniel will begin various promotional activties as a Calvin Klein Jeans model.On October 2nd, global lifestyle brand Calvin Klein Jeans said, "We will begin to accompany model Kang Daniel."Kang Daniel, who started his solo activities with hundreds of thousands album pre-orders, is gaining much popularity with the general public for his cute looks and physical figure. Kang Daniel, who shows a unique fashion sense and casual styling day-to-day, has shown an unrivalled presence in the fashion world and won the hearts of women as a trendsetter. He was selected as the model for Calvin Klein's Jeans as he matches the brand's modern and trendy image.The Calvin Klein Jeans' side said, "In particular, we would like to celebrate the meaningful 50th anniversary this year with Kang Daniel."A CK50 popup store will be held on the 3rd floor of Shinsegae Centum City Mall in Busan from October 4th to 17th. Calvin Klein Jeans model Kang Daniel is scheduled to attend the photo-wall event at 2 p.m. on October 5, in front of GATE2 on the first floor of Centum City Mall in Busan's Shinsegae Department Store, which is expected to draw huge crowds. Meanwhile, Kang Daniel, who has turned to a soloist following his huge popularity as the center of group Wanna One, has ended his dispute with his formal label LM Entertainment through mediations by Korea Entertainment Management Association (CEMA).