News BTS Receives Letter Of Appreciation For Their Love Of Hanbok 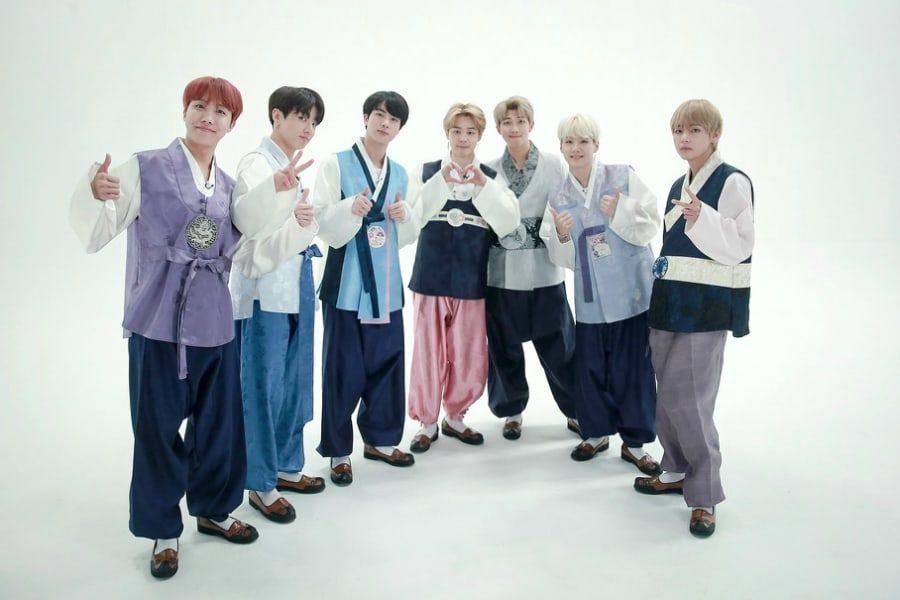 BTS received a letter of appreciation from the government for promoting hanbok (Korean traditional clothing) by wearing it in their music videos, performances, and more.On October 5, the Ministry of Culture, Sports and Tourism and the Hanbok Advancement Center of the Korea Craft & Design Foundation held a ceremony to award the Hanbok Culture Merit Award and the Letter of Appreciation for Love of Hanbok in Changdeok Palace to mark the 2019 Hanbok Culture Week.The Letter of Appreciation for Love of Hanbok is given to individuals and organizations that have spread hanbok to foreign countries. Besides BTS, actress Kim Ga Yeon, Blizzard Entertainment, illustrator Woo Na Young, VANK Global Diplomatic Ambassador Han Hyun Min, and announcer Jung Woo Young were also given the letter of appreciation.The Hanbok Culture Merit Award went to Kim Nam Hee, the CEO of Dolsilnai, a Korean traditional clothing company, who has led the promotion of hanbok culture for more than 20 years.Kim Yong Sam, the vice minister of Ministry of Culture, Sports and Tourism said, “We thank those who took the lead in popularizing hanbok, and we will make more efforts to expand the culture of enjoying hanbok.”