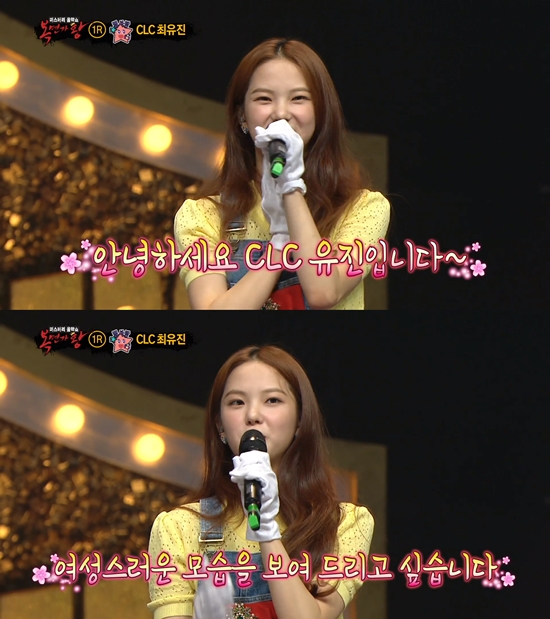 CLC's Yujin showed off her colorful charm like "star candy."According to the panel's vote on MBC's "King of Masked Singer", the winner was "Dry." Star Candy" took off the mask, singing Rumblefish's "Scheduled Day," and its identity was Yujin of CLC."CLC and "King of Masked Singer" are debuted at the same time. All the members wanted to be in this show, and it has been five years since I appeared", she said. She continued, "Since the image of a baby soldier is strong on "Real Men", many people still think that I'm 20 years old.""Now I want to show a more mature and feminine side," she said in a statement.