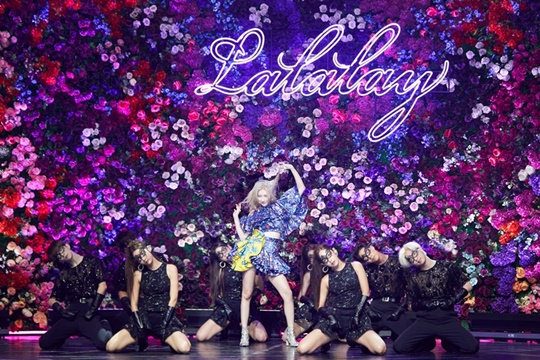 Sunmi's "LALALAY" is gaining steady popularity even after its official end.According to the global K-pop cover dance video app Amazer Chart on October 7, Sunmi's "LALALAY" was named the top cover song of the month in September."LALALAY" promotion has officially ended, but its cover dance videos have been uploaded in more than 70 countries, demonstrating its unwavering global popularity.Fans from Korea and abroad have completed quality cover dance videos by reenacting choreography, costumes, hairstyles, facial expressions and gestures of Sunmi.Even after the release date, not only the public but also celebrities continue to post a lot of cover videos. The song was also ranked on the real-time charts of major local music sites, continuing its long-term success.