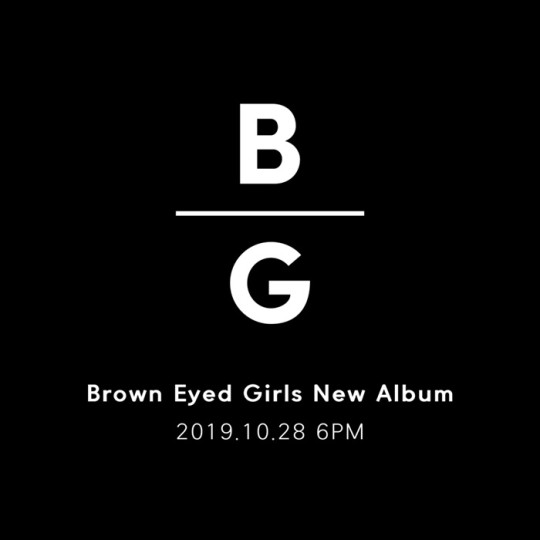 Girl group Brown Eyed Girls (JeA, Narsha, Miryo, Gain) has confirmed their comeback for October 28th.Brown Eyed Girls on the 9th shared on their official SNS that, "The new album will be released on October 28th at 6 p.m. in the afternoon."The release of the new album comes about four years after its sixth album "BASIC" in 2015, raising expectations on what the girl crush will look like this time around, each with its new concept and performance.On October 8, Brown Eyed Girls shared on VLIVE, "This album contains 10 songs, including four solo songs. I made many corrections because I was disappointed with the final version. I can't wait to show them," they said. "There are some songs that fans who used to like Brown Eyed Girls music would like."Brown Eyed Girls debuted in 2006 and has been loved by many of his hit songs, including "Love," "Abraacadabra," "Sign," "Sixth Sense," and "Kill Bill," with "Sixth Sense" having been recently reinterpreted by Mnet's "Queendom."Brown Eyed Girls plans to deliver the album sequentially on its official SNS.