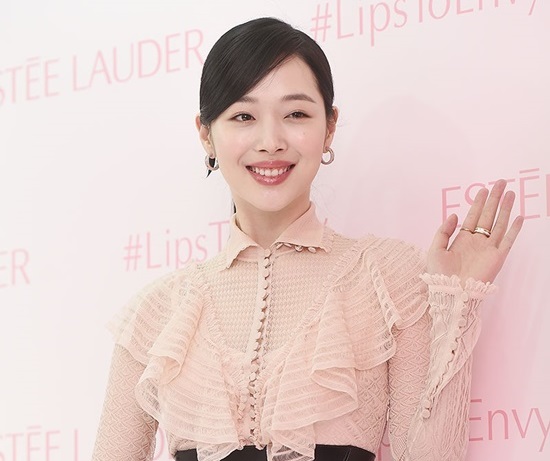 An autopsy on Sulli, real name Choi Jinri, confirmed that no suspicion of murder was found. Sulli's autopsy was conducted at the National Institute of Scientific Investigation from 9 a.m. to 11 a.m. KST on October 16th. The Seongnam Correctional Police Station in Gyeonggi Province said, "The first autopsy result found no other charges of murder, such as external force or external pressure."Because the National Forensic Service found no other suspected crimes such as signs of outside intrusion and because statements by people around her said that she showed symptoms of depression, the police believe Sulli made the extreme choice.However, it is expected to take some time before receiving precise findings such as drug test results.Sulli was found dead at her home in Sujeong-gu, Seongnam, at around 3:20 p.m. on the 14th. Police and paramedics were called out after receiving a report, but she had already died when they arrived on the scene.The agency SM Entertainment said, "I'm sorry to tell you the sad and regretable news. Sulli left our side. The current situation is just unbelievable and sorrowful." It also said the funeral will be a private affair for family and friends.The news of Sulli's sudden death has left the entertainment industry in grief. A string of messages from fellow entertainers have been sent to pay tribute to her, and various events have been canceled in succession. In addition, singers who are about to make a comeback are holding off on their comeback-related content schedules for a while to grieve.Earlier, it was revealed that Sulli continuously asked SM Entertainment to take firm action against malicious commenters.