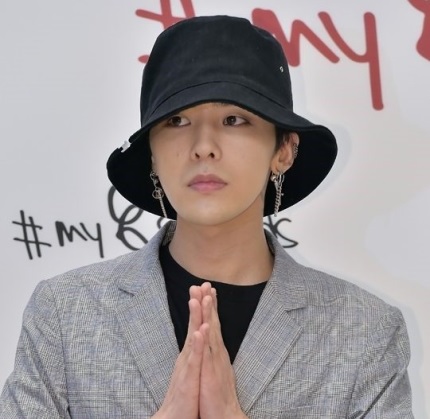 Pic source: TenAsiaBIGBANG's G-Dragon will be discharged from the military on October 26th.G-Dragon joined the military as an active-duty soldier and served in the artillery regiment of the Baekgol Unit in the Army's 3rd Infantry Division in Cheorwon, Gangwon Province. As the period of military service applied since last year has been shortened, G-Dragon will be discharged from his military service due earlier than the original 21 months.G-Dragon sparked controversy with frequent sick leaves and vacations during his service. In May last year, he was reportedly hospitalized in a single room at a military hospital after undergoing ankle surgery at a private hospital, which has been embroiled in a controversy over his special treatment. In March this year, there was also a possibility that he could be discharged from the military after reviewing non-compliance with active duty. However, he was judged fit during the deliberation and was required to complete his mandatory military service.Attention is also focusing on G-Dragon's post dischargement activities. This is because his group, BIGBANG, and his agency YG Entertainment, were embroiled in several incidents while he was serving in the military. BIGBANG member Seungri announced his retirement from the entertainment industry in March due to the Burning Sun scandal, and YG Entertainment's chief producer Yang Hyunsuk has resigned from all his posts in June and is under investigation for gambling overseas. However, G-Dragon, who is also a solo artist in Korea and abroad, is expected to promote as a solo artist right away as other members of BIGBANG, Taeyang and Daesung, are still serving in the military.