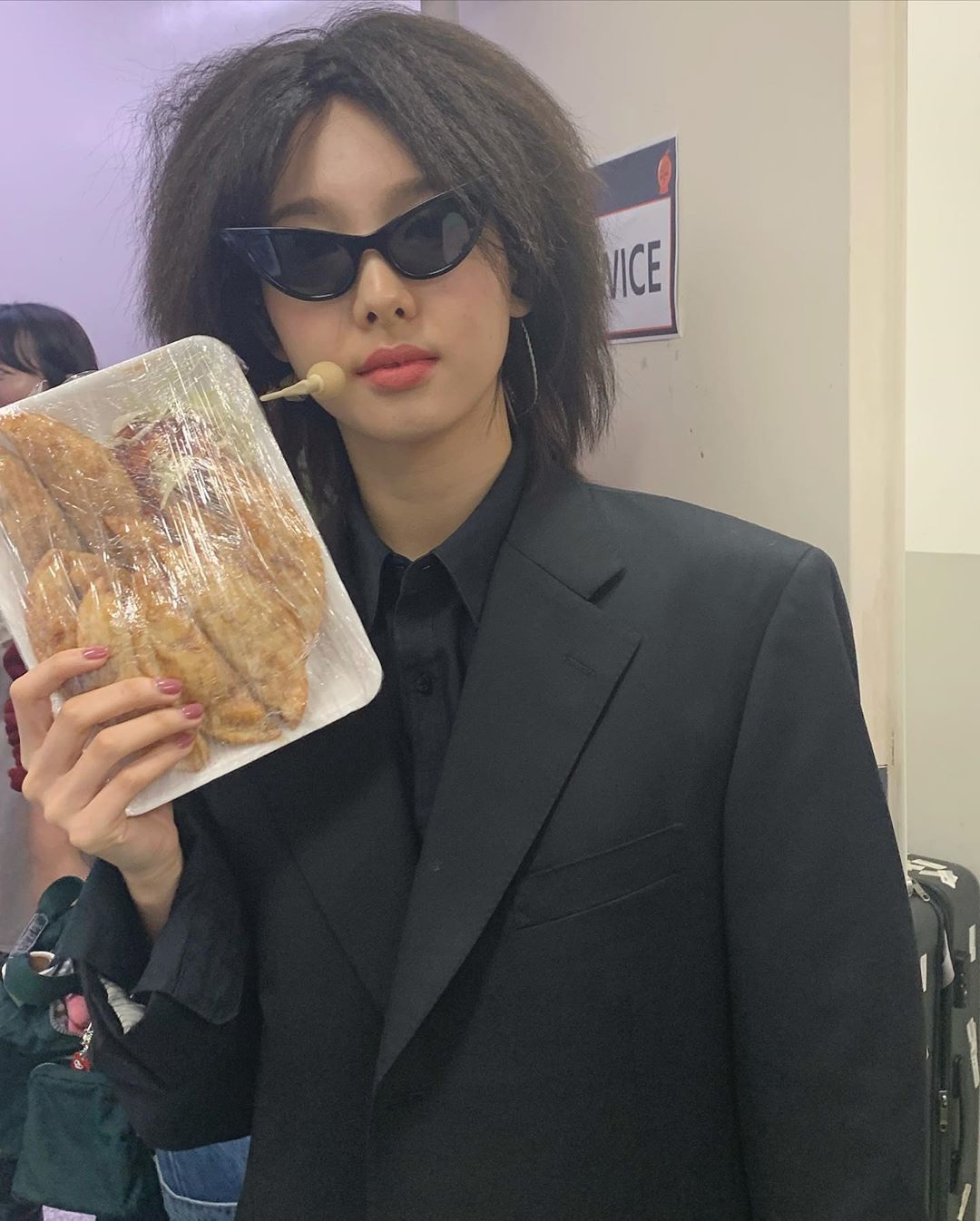 ".In the released photo, Nayeon has a bright smile with hair pins on her head, while also posing as Choi Min Sik in "Old Boy". She is also holding dumplings as representative of the character who eat dumplings for 15 years.Nayeon's parody was part of "ONCE HALLOWEEN 2", a fan meeting marking the 4th anniversary of TWICE's debut, and each member of TWICE dressed up in a different costume and performed on stage, drawing cheers from fans.Meanwhile, Mina, who had briefly suspended her activities due to health problems, made a surprise appearance at the fan meeting.