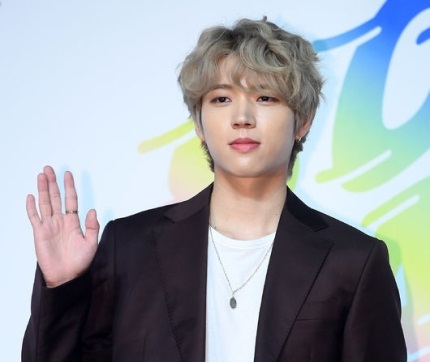 Pic source: OSENNam Woohyun, a member of Infinite, has enlisted in the army today on October 24.According to an OSEN report on October 24, Nam Woohyun will be admitted to Nonsan Training Center in South Chungcheong Province later in the day. Nam Woohyun will receive basic military training there before serving alternative service as a social service worker. Woohyun previously suffered a shoulder injury while filming a show in 2014, making it difficult for him to serve in active duty.With this, Woohyun will be subject to national defense obligations following Sungkyu, Jang Dongwoo, Lee Sungyeol and Sungjong, who joined the military in May last year. As all INFINITE members joined the military, they will now have a break from their team activities until Nam Woohyun's convening ceremony.The news of Nam Woohyun's enlistment was also reported through stories of his fans. Along with the sightings, fans are cheering for Nam Woohyun, who has a brief hiatus due to his enlistment.Woohyun said hello to fans in advance through a solo fan meeting ahead of his enlistment. Woohyun reportedly delivered a greeting to fans at a fan meeting held at KBS Arena in Gangseo-gu, Seoul, on the 19th. Fans silently cheered as Woohyun said he wanted to join the army quietly.Woohyun made his debut as an INFINITE member in 2010 and has been active, gaining popularity not only at home but also among overseas fans, and challenging a variety of music as a solo artist. He wrote, composed, and produced his own songs, and received positive responses with his own colors.In addition to his musical career, he expanded his career to become a musical actor by taking the stage with musicals "Banum: Great Showman," "The Days," and "Mefisto."