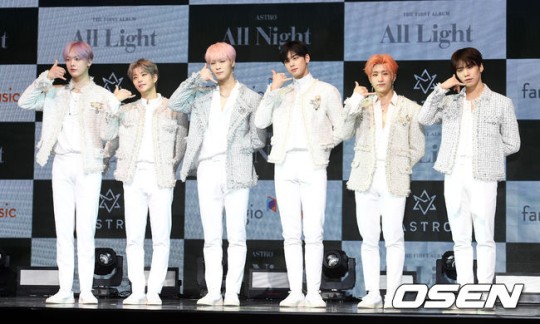 Group ASTRO will join the comeback battle in November.According to an OSEN report on November 1st, ASTRO is preparing a new album with the goal of coming back this month. ASTRO has been coordinating his comeback schedule to release a new mini album in mid-November.ASTRO has already completed the jacket shooting for the new album and are in the final stages of completing the album. This marks ASTRO's first comeback in 10 months, after releasing their 1st Full Album "All Light" in January. With the release of the album, the group is expected to continue its activities until the end of the year.ASTRO members Cha Eunwoo and Moonbin had individual activities. Eunwoo played the lead role in the MBC's drama "Rookie Historian Goo Hae-ryung." Meanwhile, Moonbin showed impressive performances on JTBC's drama "At Eighteen."Since its debut in February 2016, ASTRO has been active not only in Korea but also Japan. In March, they released their first mini-album in Japan, officially making their debut and finishing second on the Oricon Daily Chart. As their activities in Japan as well as in Korea have been successful, it is expected that they will once again use their power as ASTRO with this comeback.With ASTRO's comeback, the November comeback lineup will become more richer.

DungeonKeeper   1 year ago
What a busy year for Eunwoo. Hope the poor guy could still get some rest