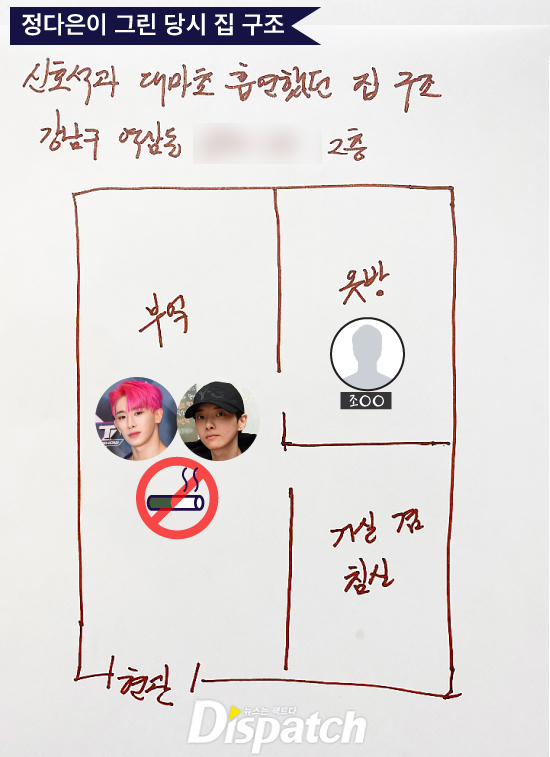 October, 2013, they were in the place together. Male A and Female B were in the living room, while Male C was in the dressing room. Male C, while in the dressing room, heard the conversation between the two people. Then, 6 years later he opened up about it, sharing what he saw and heard that day. Dispatch listened to Male C's story, and met with Female B to confirm the credibility of his statement.The following is a report by Dispatch: 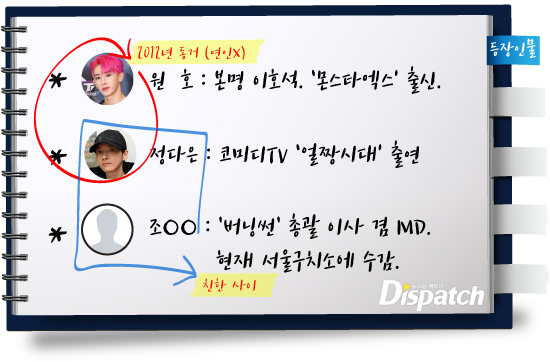 Male A: is an idol. Real name is Lee Hoseok. Active as Wonho. Group MONSTA X's lead vocalist. Also active as a lead dancer. On October 31st, 2019, he withdrew from the group.Female B: is Jung Daeun. Debuted with comedy TV show "Ulzzang Shidae" (2009). Was also active as a fitting model. Met Wonho through "Ulzzang Shidae." The two lived together in 2012 in Yeoksam-dong (were not dating).Male C: Cho. General director and MD of "Burning Sun." Currently in Seoul Detention Center. He is accused of taking narcotics in "Burning Sun" such as marijuana, methamphetamine, ecstasy, ketamine, etc. 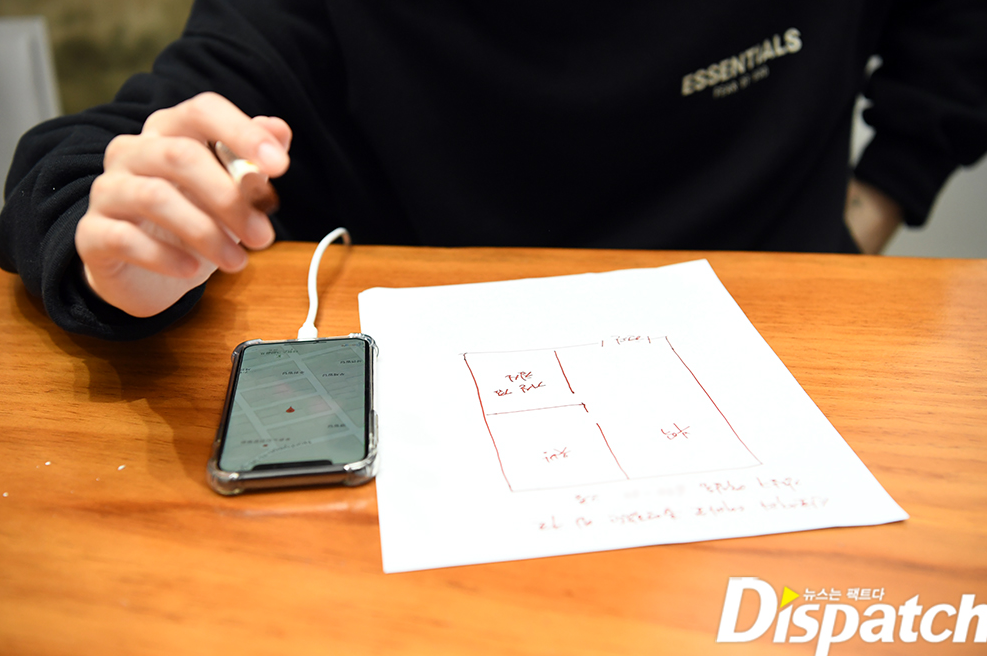 Mr. Cho: Can you lend me the Balmain belt?Jung Daeun: (At my house) It's in the closet, you can borrow it.Mr. Cho: Where are you?Jung Daeun: I'm at a café with a friend. The passcode is XXXX. Look for it.

Mr Cho went to Jung Daeun's house. Nobody was there. He pressed the passcode. He passed the living room and headed for the dressing room. "Where's the belt?" he thought to himself as he searched the closet.Then, the front door opened. Jung Daeun's voice could be heard. At the same time, a male voice was heard. Mr. Cho faltered. Should he go out? Should he speak?...like that is how he overhead the two's conversation by chance. 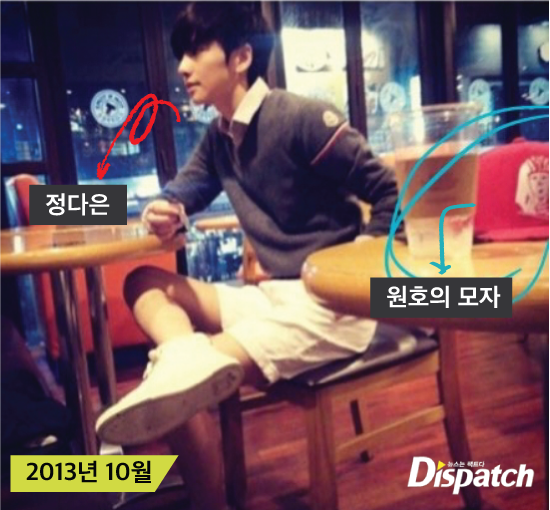 Jung Daeun met Wonho after a long time. The place of their meeting was a café in Yeoksam-dong nearby her house.Jung Daeun received a call. It was a close brother (?), Mr. Cho. [They had the same conversation mentioned above].Jung Daeun then continued to chat with Wonho. Right then, Wonho furtively pulled something out of his pocket.

Wonho: Have you ever smoked this?Jung Daeun: Where did you get it?

Inside the zipper bag was marijuana. The two came out of the café. They went to Jung Daeun's house. They rolled the marijuana in the living room. They smoked the marijuana without knowing that Mr. Cho was still in the house (dressing room).

Wonho's phone rang. He went out of the house to talk on the phone. Only then did Mr. Cho open the dressing room door and come out. Jung Daeun was surprised to see Mr. Cho as such.

Mr. Cho: What are you guys doing?Jung Daeun: Pretend you don't know.Mr. Cho: Smells like weed.

Mr. Cho smelled the marijuana and he asked, "Who is Hoseok." Jung Daeun replied he is a trainee. "Just pretend you don't know what happened."Mr. Cho soon agreed and Jung Daeun left the house. Wonho was still on the phone outside. 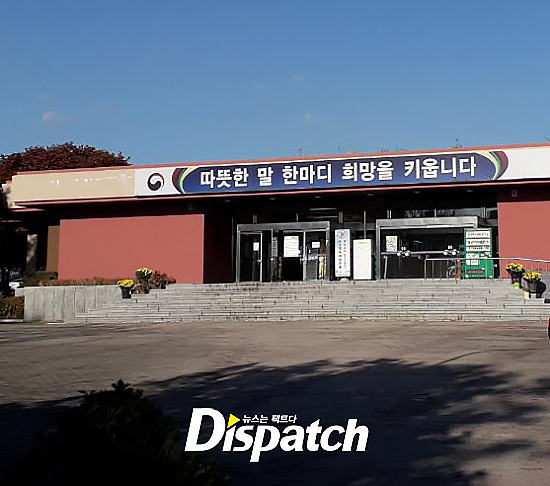 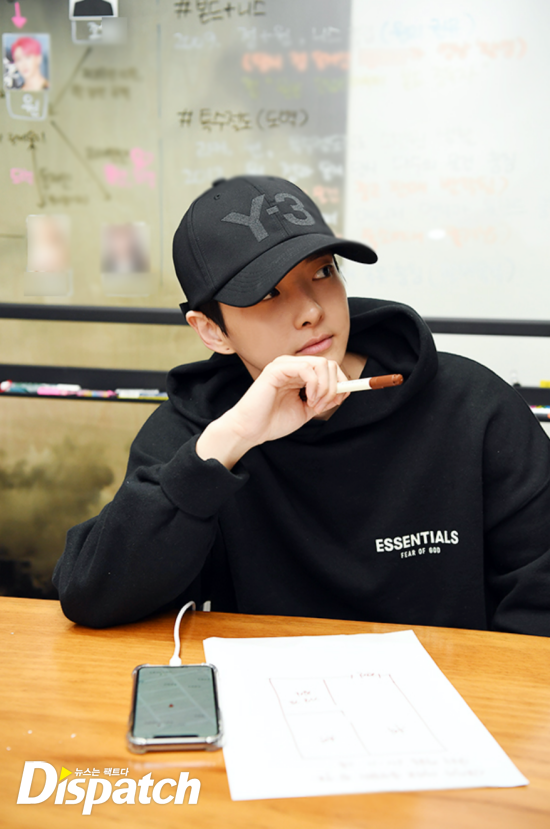 Did Wonho actually smoke marijuana? According to Mr. Cho, Wonho then smoked marijuana with Jung Daeun.Dispatch met Jung Daeun in October. They interviewed her twice. Jung Daeun recalled the day relatively accurately. She even described the situation by drawing the layout of the house. "We met at a café nearby my house. Wonho secretively pulled out a zipper bag. There was marijuana inside it. We went home."Jang Daeun even remembered how Wonho smoked the marijuana."How did you get it I asked him. He said it was a secret. But I could imagine where he got it from. I know someone who sells it like this."Paradoxically, she confessed to it herself."Yes, that's right. I smoked with him. That's the truth. It's true Mr. Cho heard it from the next room." 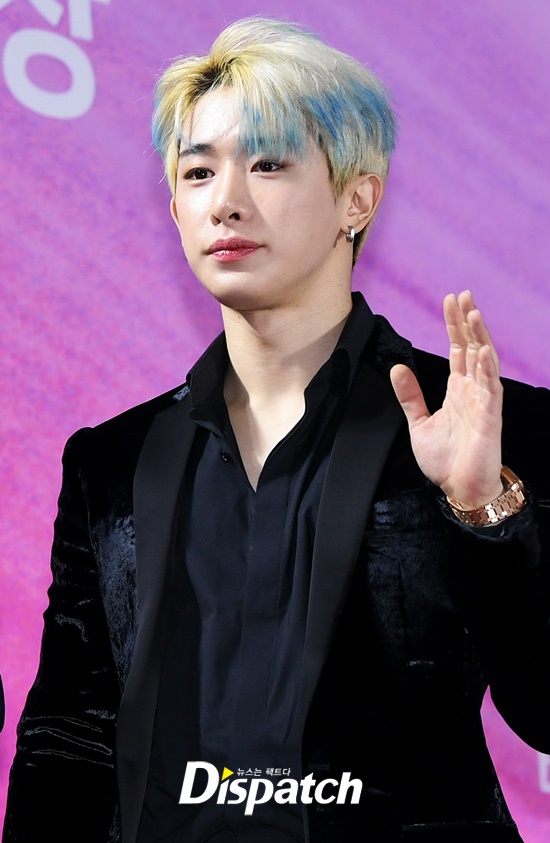 The police started their investigation of Wonho. Two different local police offices investigated at the same time. (There was some confusion at this time)First, A investigative team received Mr. Cho's tip off and filed his information. They also secured Jung Daeun's statement. The police judged both their statements to be credible.Mr. Cho was in the Seoul Detention Center and at the time of the investigation Jung Daeun was at the Gwangu Detention Center. Mr. Cho and Jung Daeun were in different detention centers, but their statements about Wonho were consistent.B investigative unit looked into Wonho's surroundings and background. In 2008, he was rumored to be friends with people who were imprisoned in juvenile detention for special thefts during high school. Wonho also took part in the crime at that time. 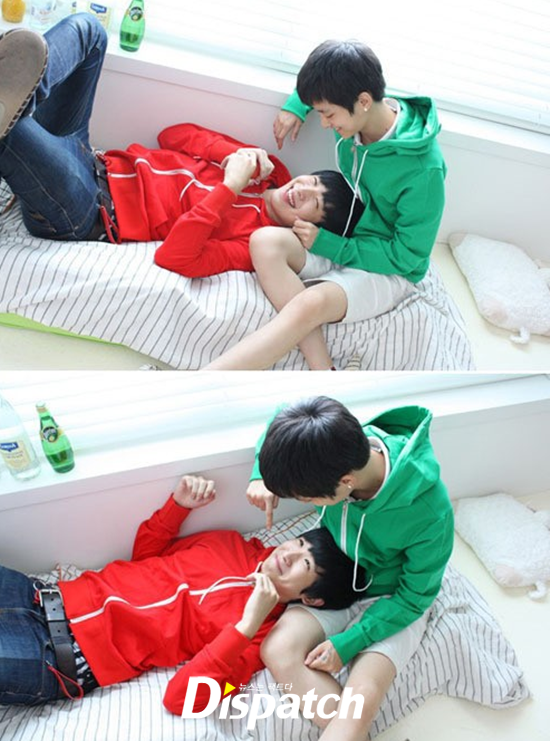 During its investigation, Dispatch uncovered more about Wonho's past. In 2008, when he committed a special theft with his friends, the ringleader was put in a juvenile detention center, while Wonho was given probation (special theft means two or more people were involved or a weapon was used). Following the Juvenile Law, instead of restricting their freedom by placing them in juvenile detention, the guilty individual can be entrusted by allowing them to attend school. To correct criminality or delinquency, it uses the guidance of probation officers to help prevent further criminal activity.Jung Daeun said, "A silver Balmain jeans, 2 Bang & Olufsen earphones, Canon 420D, Ipod, and other things disappeared. I found out they were being sold on Joonggonara (used goods selling site).”Dispatch spoke on the phone with Mr. D, an acquaintance of both of them. “I found a limited edition item that belonged to Jung Daeun on Joongonara and informed her of it." "Daeun's items were listed on JoonggonaraI. I checked the seller's contact number and found out that it was Hoseok's previous number. I captured the listing and told Daeun." 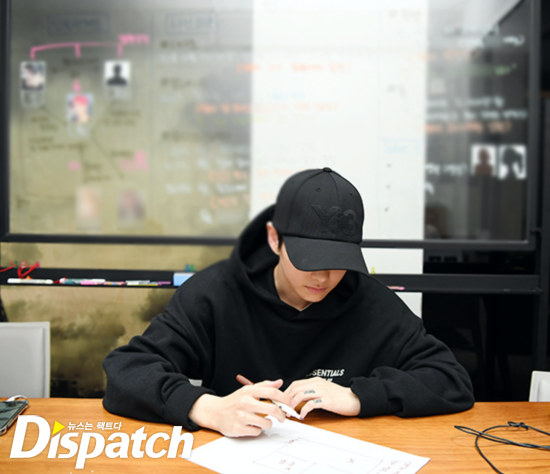 In late September, MONSTA X returned from a performance in Germany. A investigative team was waiting for Wonho at Incheon International Airport and collected a hair sample from Wonho to conduct drug tests.The police would not give the drug test results from the hair sample to Dispatch. They made no statement about the investigation and they only repeated that it is currently under internal investigation.The statute of limitations for drug-taking charges is seven years. The marijuana smoking date, which Jung Daeun and Mr. Cho are stating, is October 2013. There's a year left.Jung Chan, a lawyer for the law firm Teheran, said, "The police need to investigate the situation quickly now that they have two statements." And he also expressed concern that the statute of limitations could end if Wonho refuses to comply with the request for questioning.The police have yet to summon Wonho.

Original David   2 months ago
ROFL, eyewitness testimony from SIX YEARS AGO is being taken seriously... Just unreal how crazy some people are trying to destroy this kid.Even if he did smoke, who the fuck cares? Older Koreans and North Koreans grow it themselves. It's one of the most benign intoxicants there is, far less harmful than alcohol at the very least.