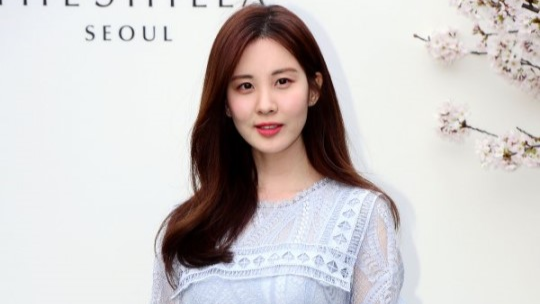 Pic source: DongAUpdate:Seohyun's side confirmed that she will appear in the JTBC drama “Hello Dracula.”On November 12th, a media outlet reported that Seohyun decided to appear in the JTBC drama festa "Hello Dracula" and finished the script reading.In response, an official from Seohyun's agency Namoo Actors told DongA , “Seohyun is confirmed to appear in ‘Hello Dracula.'”Source: [1]Original Article:Girls' Generation's Seohyun will return to acting in a JTBC drama.According to a report by Joy News 24 on November 12th, Seohyun has decided to appear in JTBC drama festa “Hello Dracula” and has recently finished the script reading.This marks Seohyun's first return as an actress in about a year since the MBC drama "Time," which ended in September 2018. In particular, the drama is expected to be Seohyun's first acting appearance since she announced signing an exclusive contract with Namoo Actors in March.Seohyun debuted in the entertainment industry in 2007 as a member of South Korea's leading girl group Girls' Generation and began her acting career in 2013 with the drama "Passionate Love." Since then, she has faithfully continued her acting career, moving back and forth between various genres and characters, including “Moon Lovers: Scarlet Heart Ryeo,” “Bad Thief, Good Thief,” and “Time.” In particular, "Time" drew positive reviews for its delicate portrayal of the emotional line of a person in extreme situations.Drama Festa is a combination of "drama" and "festa," which is the name of the JTBC drama brand that aims to present colorful dramas regardless of material, genre, platform, format, and quantity."Hello Dracula" is a two-part drama that will air in the first half of 2020.

huckleberry   1 year ago
I hope Seohyun starts appearing in OCN dramas like Sooyoung. Her dramas and the characters she portray are too stale, except Moon Lovers.
2
1 year ago