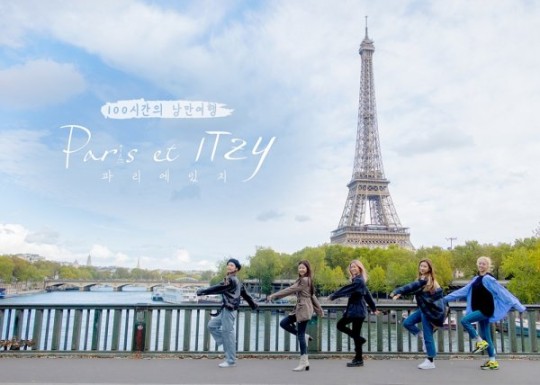 M2 will launch ITZY's first reality show since the group's debut.According to CJ ENM's Music Digital Studio M2, ITZY's first reality show “100 Hour Romantic Travel – Paris et ITZY” will air sometime in January 2020.“Paris et ITZY,” which means “Paris and ITZY” in French, will showcase a special trip to France of the five members of ITZY.The reality show, which was shot in several locations in Paris, France, was filmed under the motto of “A Romantic Trip.” ITZY members plan to vividly capture what they heard, saw, and experienced in Paris, France for 100 hours.The final part of “M2 Special – ITZY VLOG,” which was released on the 15th, showed a preview of the reality show and became the talk of the town. At the end, Chaeryeong asked “Why are there only 24 hours in a day?” hinting at the upcoming reality show.The PD of the reality show Nam Dongyoon said, “ITZY through this reality show enjoyed a healing vacation like ordinary travellers their age and had a special experience they will never forget for the rest of their lives.” He continued, “I hope this is like a gift to fans all around the world who have been waiting for an ITZY reality show. Please look forward to ‘Paris et ITZY.'”ITZY's first reality show “Paris et ITZY” will be available in January 2020.