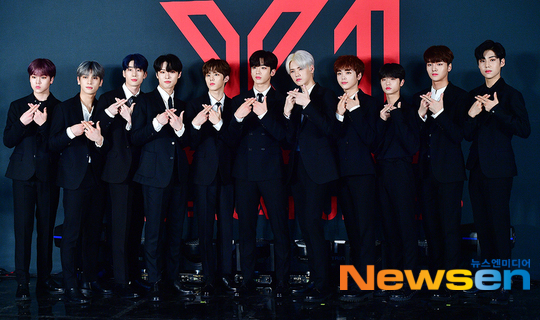 Update:CJ ENM said that it will carefully consult with the members and officials about the group's next move.CJ ENM told Newsen on November 20th that it is true they recently met with the X1 members, but they did not meet in secret but gathered them to share their opinions.He added that the two sides will discuss the matter carefully with the members and officials.X1 debuted on August 27th with their First Mini Album “Emergency: QUANTUM LEAP” after Mnet's “ProduceX101,” which ended in July. It has gained a lot of popularity by sweeping the various charts with their debut album.The production team, including PD Ahn Joonyoung and CP Kim Yongbeom, has recently admitted to fabricating the results of the last live text vote for "Produce X101," causing controversy. Officials from entertainment agencies as well as producers have recently been booked and arrested.Source: [1]Original Article:CJ ENM recently had a secret meeting with all X1 members. CJ ENM suggested to each company that it would maintain the team if X1 members wanted to, but it was not concluded due to different opinions from other members about the future of the group.CJ ENM established met with all X1 members on the 15th. It was also the day that X1 was absent from the "Naver V Heartbeat" event held at Gocheok Sky Dome in Guro-gu, Seoul.At the meeting, CJ ENM took the time to ask X1 members for their opinions on whether to keep the team. However, it has been confirmed that the X1 members had failed to reach a conclusion due to different opinions over keeping and disbanding the group.CJ ENM was found to have contacted each agency after the meeting and said that it would maintain the team X1 if the members wanted to. However, so far on Wednesday, the members' opinions have not been narrowed, and CJ ENM intends to decide whether the team will continue or not based on the members' opinions.An official from one of the X1 member's agency told Joy News24: "CJ ENM recently held a meeting with X1 members alone. Later, I was contacted by CJ ENM, and it is true that CJ ENM met with the members.”Meanwhile, controversy over the manipulated erupted after suspicions arose that the number of votes cast for the trainees through text messages contained a pattern. Police later raided CJ ENM and some entertainment agencies, and arrested PD Ahn Joonyoung and the CP.