News PENTAGON Will Promote As 8 Due To Kino's Leg Injury 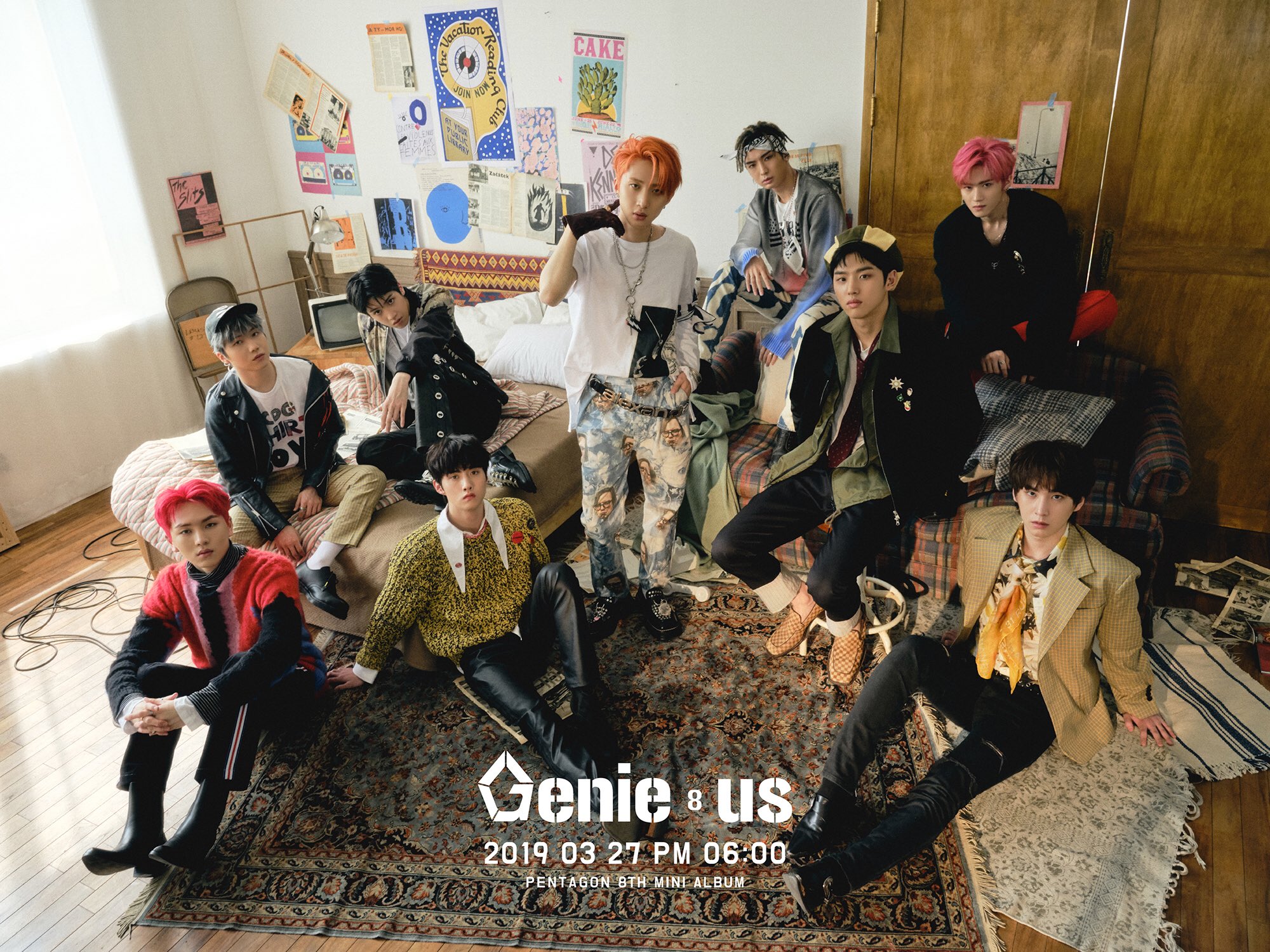 In the new stages of the group Pentagon, member Kino will be absent. He chose treatment over activity.Pentagon led a showcase for the release of its eighth album "Genie:us" at Blue Square I Market Hall in Yongsan-gu, central Seoul, on Wednesday afternoon. After presenting the first stage of its new title song "SHA LA LA," a press conference was held.Pentagon said, "We've prepared an album for six months. I didn't know the time had passed this way," he said, warning that the upcoming activities will be carried out as an eight-member group. This is due to member Kino's leg injury.Kino said, "I hurt my leg while practicing two months ago. So I thought that I should be active by diligently treating. I devoted myself to the treatment, but it didn't get better sooner than I thought. Still, I'm walking now without crutches," he said."I have to watch my fans for 10 years and 20 years, so I'm into this stage activity. Unfortunately, I can't stand on stage, but I'll do it all on other schedules. I'm really sorry," he said.The new title song "SHA LA LA" will be a self-written song by member Hui. We're going to deliver wit in direct lyrics to dance songs of the Future House genre. It is a powerful performance and emphasizes the image of the Pentagon.The Pentagon's new album will be released at 6 p.m.