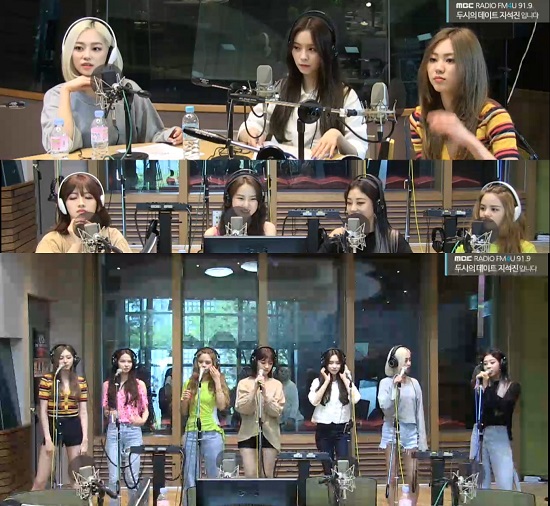 CLC recalled the time when they decided to name the group on radio show.MBC FM4U's "Ji Seok Jin's 2PM date" which aired on the 12th, featured and talked with the group CLC.During the show DJ Ji Seok Jin asked, "CLC is back with a new song. But what does CLC mean?", one of the member answered, "It stands for Crystal Clear. It means clear as crystal."The DJ continued with other question, "Who decided the name of the team?", Eunbin answered, "Through voting, but later it was decided by our CEO."CLC also said OMG was the first candidate for the group's name. OMG meant "Oh My Girl", not "Oh My God". Then Ji Seok Jin said, "Don't you already have a group called Oh My Girl?" then she said, "It was before Oh My Girl made their debut."Sorn said when the group was named CLC, "I just thought 'what?' The word "crystal clear" didn't really fit in English." she said.©girlgroupzone