News Chungha will show variety of concepts through 'Flourishing' comeback 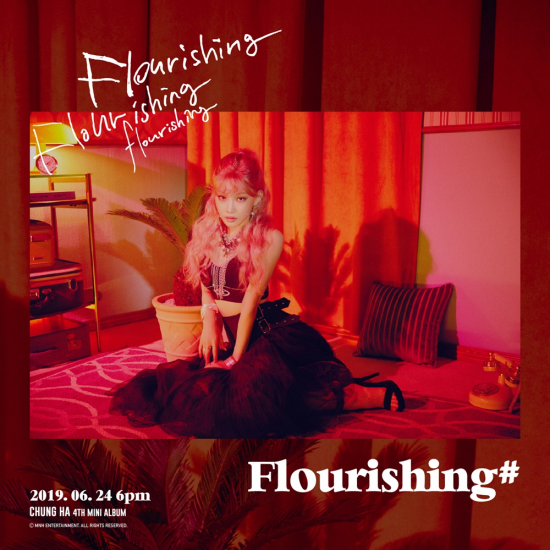 Chungha heralded a deadly charm.MNH Entertainment released the final photo teaser of Chungha's 4th mini album "Flourishing" on its official SNS at midnight on the 17th.Earlier, the first and second teasers showed off their cleanliness and charisma, respectively. In this teaser, she showed captivating concept.It was like a doll. Chungha sat rather quietly under the red light. Along the way, the blonde hair that changed drastically stood out. The atmosphere of Chungha was felt."Flourishing" is the third summer album after "Hands on Me" and "Blooming Blue."The agency stated, "Chungha will be working on a variety of concepts again this time. Please look forward to a new album that will be released soon."Meanwhile, Chungha will release its new album "Flourishing" on June 26 at 6PM KST through various music sites. ©girlgroupzone