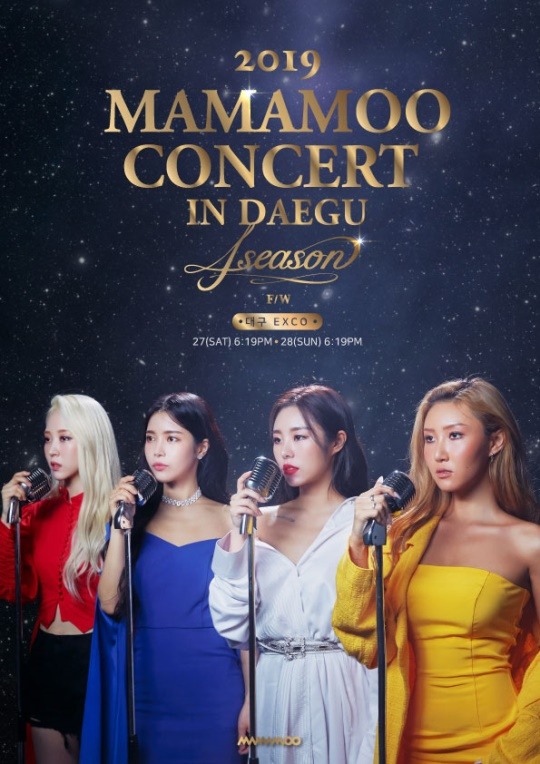 MAMAMOO unveiled a new version poster of the encore concert in Daegu. MAMAMOO made a surprise announcement of a new poster of the "2019 MAMAMOO Concert "4Season F/W" in Daegu" through its official SNS, marking the finale of the "Four Season Four Color" project.In the poster, MAMAMOO showed off the elegant four-color charm of their signature colors, red, blue, white and yellow.In particular, MAMAMOO, who has a microphone tightly in their hands, has a passion and a sense of urgency for the concert at a time when they faces a long-awaited finale to the Four Season Four Color Project.MAMAMOO is set to hold its "2019 MAMAMOO Concert "4 Season F/W" in Daegu" at EXCO for two days from July 27-28.©girlgroupzone