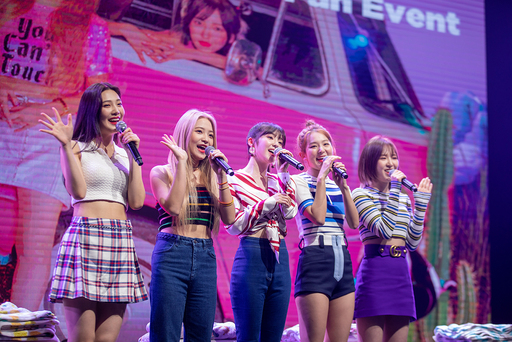 Red Velvet has completed its promotion in Indonesia.Red Velvet visited Jakarta, Indonesia, for promotion of its mini album '"The ReVe Festival'' Day 2' for two days from Thursday to Friday, drawing enthusiastic responses for its colorful activities such as press conferences, fan events and broadcast appearances.At a press conference held at the Raffles Hotel in Jakarta on the 3rd, Red Velvet revealed how they felt about their visit to Indonesia, their new album activities, and future plans, and a variety of media outlets including CNN Indonesia, the IDN Times, Sindo, Republika, and Kumparan showed keen interest in Red Velvet.After the press conference, Red Velvet also hosted a fan event, closely communicated with 2,000 fans through various sections, including games and talk, as well as per formances of "Zimzalabim" and "Umpah Umpah", and added warmth to the surprise party for the birthday member Joy.They also participated in various entertainment programs such as "Insert" (!NSERT) and RCTI TV (SILET), and TRANS TV on the 4th, and talked about various things including with radio channel TRAX FM, which helped them realize their popularity in the country.