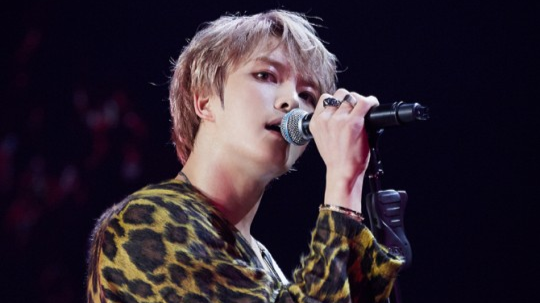 Singer Kim Jaejoong will release his first new album in four years.Kim Jaejoong has confirmed the release of his new album sometime in January next year, his agency C-JeS Entertainment said. In addition, he announced that he would hold an Asian tour concert to mark the album's release, signalling his full-fledged activities in Korea as a singer. "It is expected that K-pop officials and fans will focus on the news of Kim Jaejoong's comeback in January, who had a long hiatus as a singer," C-Jes said.Kim Jaejoong's new album marks the first time in four years since his second full-length album "Nox," which was released in 2016 with pre-worked songs before joining the military. Kim Jaejoong, who has been active as a multi-faceted actor and entertainer as well as a singer, is rumored to be working hard on the new album to meet local fans next year. He is working hard to prepare for the album by coming up with various ideas to show a different look from the albums he has released so far. It is expected to be a well-made album that will satisfy the long-awaited thirst of fans.In particular, Kim Jaejoong, who has met fans with "J-Party," a combination of fan meetings and mini concerts every year since 2015 to celebrate his birthday, will meet local fans with a solo concert instead of a J-Party this time to celebrate the release of his new album. Kim Jaejoong will be joined by fans from countries that love his music, starting in Korea and then throughout Asia, along with a set list of songs from the new album as well as various songs.

IstanLegends   1 year ago
It's been more than a decade. I hope SM's done with their vendetta on him so he can promote domestically in peace.
2
1 year ago
chanhoes   1 year ago
The original visual king!!