News BTS Reportedly To Comeback In February Next Year 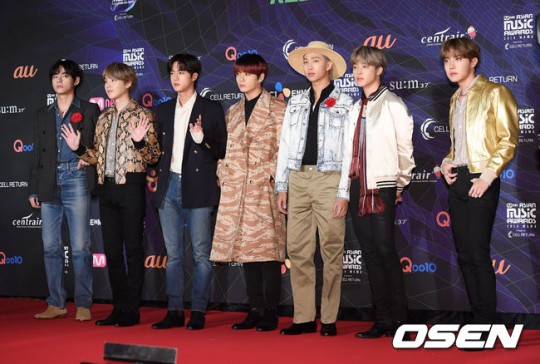 Update:On the report of the group's comeback in February, BigHit Entertainment said it is “forming a position.”On Tuesday morning on December 4th, a media outlet reported that BTS confirmed its comeback for February next year and is preoccupied with working on a new album.In response, an official from the agency BigHit Entertainment told OSEN on the same day, “We are releasing the schedule after it is confirmed.”Source: [1]Original Article:Group BTS will make a comeback in February next year.According to an X-Sports News report on December 10th,BTS confirmed its comeback for February 2020 and is working on a new album.BTS previously mentioned the comeback by delivering their acceptance speeches at the recent “2019 MAMA” and the U.S awards show “2019 Variety Hitmakers.”Jimin talked about it during their acceptance speech for Album of the Year at the “2019 MAMA” on the 4th, saying, “We're preparing for our next album. It will probably be above everyone's expectations. Please look forward to it.”After receiving Group of the Year at the “2019 Variety Hitmakers” awards in California, RM said, “We are working on our new album. Please look forward to BTS in 2020,” raising expectations for their upcoming comeback.BTS' new album is likely to be Jin's last album before joining the military. Jin, the oldest member, was born in 1992, and has to serve in the military by December next year at the latest.BTS released their mini-album “Map of the Soul: PERSONA” in April, breaking records by selling 2.13 million copies. The title track “Boy With Luv” topped all the categories of Gaon charts and peaked at no. 8 on the Billboard Hot 100.BTS, which took on the global stage and elevated its global presence, is set to make its first comeback in 10 months. Attention is focusing on what message they will deliver through their new album in February.